My 7DRL 2020 project. Fly your airship through Hostile Skies to reach and defeat the boss.

My first event was a mechanic upgrading my weapons for what-was-supposed-t-be-$3 even though I had $0.

But hey, this proof-of-concept is really cool! I could imagine it being a hit on mobile devices since you can instantly touch either side (maybe even simultaneously) instead of having to move a mouse from one side to the other. Some similarly designed mobile games became very popular if that may be an avenue for you. And the world map makes me think quite a bit of FTL. This could be fleshed out a ton and I'm 100% sure it would be very successful.

After 3 attempts, I returned peace to the galaxy! Don't know if it's a feature or a bug, but my weapons kept their upgrades on the following playthroughs :)

Yeah that's a bug. Arguably the balance is a bit too hard so maybe it accidentally balances the game? Thanks for playing!

Honestly, I think it does. Maybe you could officially have 3 "lives" within which the player retains weapons progress, and after which it full restarts?

Balance needs a bit of tweaking but the world generation is pretty cool. I like how not every node is a fight, there is other stuff that can happen on your path. Nice work 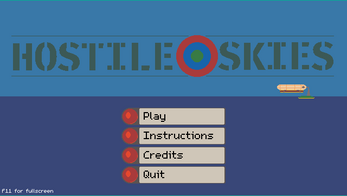 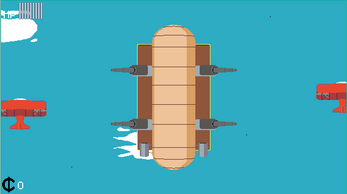 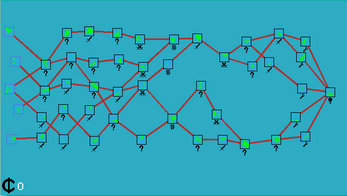